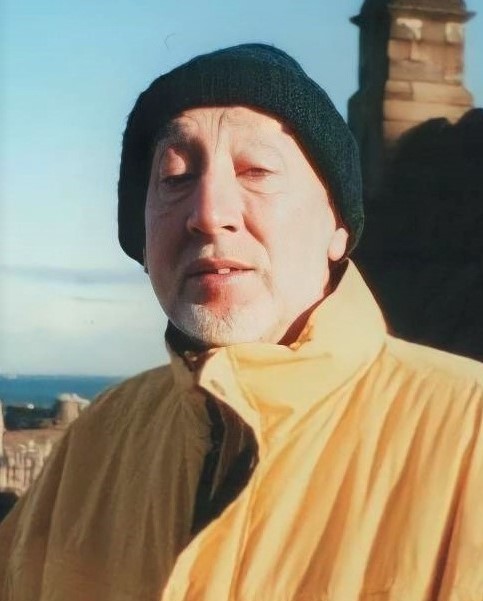 To be a part of it is something special, granting its members a form of immortality.

But it comes with a price: any work you do for the programme will be critiqued forever, and if it's judged as substandard, you'll never be allowed to forget it.

The Face of Evil and The Robots of Death for Season 14, and then Image of the Fendahl for the next.

A total of twelve episodes, broadcast between 1st January and 19th November 1977.

Chris also created the ongoing Doctor Who companion Leela, and furthermore, was the only writer during the programme's run to script two consecutive adventures for the character.

These stories have been reviewed many times, and all are venerated as stone-cold classics; no easy achievement-- Doctor Who fandom is notoriously acerbic in its evaluations.

Chris went on to both script-edit and write for BBC One prime-time hits such as Shoestring, Juliet Bravo, and Bergerac, before devising his own fondly remembered series, Star Cops.

However, the show he loved most was Blake's 7, which he cited as being "the happiest work-related experience I've ever had before or since. It was great!"

Blake's 7 was broadcast between 2nd January 1978, and 21st December 1981, with Chris script-editing all four seasons as well as writing nine of its 52 episodes.

Star One, Rumours of Death and Blake, his traumatic conclusion to the programme, all regularly compete with each other in story polls for first place.

Last year, Blake's 7 was repeated on Forces TV and became a big hit for the station. Every week their Facebook page was crammed with comments, not just from long-term fans, but new converts, together with people who were reacquainting themselves with a show they'd last watched forty years ago.

The general consensus: despite some dodgy special effects, the series retained a palpable strength because of its sharp writing and memorable characters-- and the kudos for much of this can be attributed to Chris!

So what was the secret to his success?

From Chris Boucher's perspective, there were two primary aspects to writing a script.

The storylining was the hardest part, but once this was sorted, the fun bit could begin.

He once told me "All script-writers are basically dialogue writers, and that's really what I prefer."

However, there was much more to his dialogue than erudite, satirical wit. He imbued his characters with depth, complexity, and their own distinctive voice.

And curiously, I think the key to his talent lay in his atheism.

He was later to add:

"If you can see exactly why something has happened, it becomes an understandable fact of existence. How do you assign some weird supernatural term like evil to something like that?"

These are wise words, because once you stop believing in absolutes then you have no option but to think in terms of nuance and moral relativism.

As a consequence, all of his characters are conflicted in some way, about their class, status, ideology, loyalties, or idealism, and are often given an extra twist as many don't recognise what drives them.

Did this perhaps also reflect their creator's mindset?

I think, inevitably, it did.

Chris wrote complex characters because he too was complex.

I first met Chris in 1986, at a Doctor Who convention. We clicked immediately, and would later work on several projects together, including our co-created Doctor Who/Blake's 7 spin-off series, Kaldor City. His warm personality and self-deprecating intellect won me over in seconds. However, from his perspective, as later explained, he "always found it difficult to socialise and make friends" and was "not comfortable with social chit-chat."

Despite this diffidence, anyone who met Chris found him charming, kind, and generous: a highly articulate man who possessed an extraordinary talent. The wave of untrammelled grief which exploded across the internet at the announcement of his death is, in and of itself, a testament. It was a recognition that a giant had passed.

I once told Chris he was a genius.

Today I say to him:

"No, Chris, you were a genius. And hugely admired. But most important of all, you will always, always, be remembered and loved."